“I just want to read something that makes me feel good about myself. I need some suggestions about something with someone so bad that I can’t help but close the book and feel good about who I am! What do you recommend?” I heard this conversation at the book info counter in a Barnes & Noble the other day. The lady behind the counter perked up with a title I didn’t recognize and said “Oh, then read this! You will be sure to feel like a saint once you’ve finished it.”

I love to listen to people I don’t know just out in the world living life. Admittedly I had to stifle my laughter over this passing conversation. It made me smile as I was browsing the self-help section. I wasn’t at the bookstore looking for some scandalous something in print that would act as an instant ego boost. Her request seemed hilarious and a little outrageous but before a terse chuckle made it out of my mouth fueled by the thought of, “Who does that?” the realization hit “Oh my gosh! I do! I’m doing that!” Not with some dark book character but right here, in the book store with this lady. My regard for myself swelled a full size upon hearing her conversation and then was immediately deflated as I became a little more self-aware.

Why do we use other people to make ourselves feel better about who we are? It’s easier than the alternative of actually becoming better but still, we never achieve anything from this action. It’s just an endless cycle of looking for someone below us so that we feel a little taller without ever actually growing.

“Satan loves to fill our minds with comparisons. He wants to fill our heads with a swarm of anxious and negative thoughts. But the good news is that while there are many things in life over which we have no control, we get to choose what we think about. We get to select our own thought patterns” – Max Lucado. His words are filled with such hard but powerful truth. Controlling our thought patterns is hard work. It’s harder than any workout you’ve ever done or any willpower filled diet. It takes so much work and yet, the alternative is so much more destructive than most of us even know.

We all play the comparison game. I do! I’ll be the first one to confess and I know exactly what it does. It leads to the anxious thoughts that tell me I will never measure up and if I don’t measure up then I’m small and if I’m small in a world filled with giant tasks to accomplish and huge success to be proven and large mountains to climb, then the truth is, I’ll feel like I’m failing all the time. What follows those moments of anxious comparison are the negative thoughts about others that make me feel just a little bit taller.

Admittedly my knees are like hamburger meat from all the tripping and stumbling over life that I’ve done lately. The temptation is to look for others who’ve taken a bigger spill than I have and rather than standing up and getting back in the race, I tell myself my stats aren’t that bad, at least not as bad as some peoples. The truth is, there’s nothing biblical about that kind of a playbook. It’s me and Jesus and that’s it. The measuring sticks for human greatness based on human comparisons lost any validity at the foot of the cross. The standard is raised. It’s you and Him. It’s me and Him and the only thing in between is the cross.

“So prepare your minds for action and exercise self-control. Put your hope in the gracious salvation that will come to you when Jesus Chris is revealed to the world. So you must live as God’s obedient children. Don’t slip back into your old ways of living to satisfy your own desires. You didn’t know any better then. But now you must be holy in everything you do, just as God who chose you is holy. For the Scriptures say, ‘You must be holy because I am holy.’ And remember that the heavenly Father to whom you pray has no favorites. He will judge or reward you according to what you do. So you must live in reverent fear of him during your time here as ‘temporary residents” 1 Peter 1: 13-17.

We are temporary residents in this cut throat world we live in. We have been brain washed by society to believe in measurements based on money, status and success and God reminds us that there was a time we didn’t know anything better, but he’s shown us a better way! He has no favorites though the world has conditioned us to think we must gain favorite status in all areas of life. He’s fair and he’s good and he shows no partiality to anyone of his kids. He judges us on one thing, what WE do, not based on how we measured up next to those we fell down around us.

We don’t get taller because we found someone else who seems shorter.

We have no idea where those around us are at on their journey. Just because it appears to us they are further behind doesn’t mean they haven’t traveled miles further than us to get to where they are and none of it is relevant to our standing with Christ. It’s just me and him! And where I fall down, there’s grace for me. Grace that’s between me and Jesus and no one else. Grace to press me forward toward my call to holiness, just as he, himself (no other names inserted) is holy.

Rachel Hollis said, “You are more than you have become.” This is the measuring stick folks. I am so much more than I have yet become and I and I alone am accountable for growing tall! 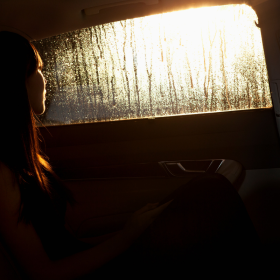 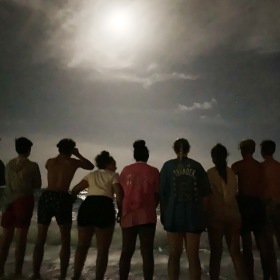