“The Lord! But who is the Lord? What is his character? Does he have adequate credentials to be my shepherd – my manager – my owner?” –W. Phillip Keller

Conversations with my daughter are my favorite thing. Even the hard ones. They paint such an intricate picture of God’s love for his kids. Small though the picture may be, it offers a vivid window into the heart and character of God.

The other day she was having a particularly hard evening. She came in the door like Pig-Pen from Charley Brown… only instead of a cloud of filth accompanying her, she was shrouded in a fog of hormones and rage. She was one word, movement, smile, disturbance of any kind, away from blowing a gasket. What happened next was that I breathed. From there everything fell apart.

She was seething. She went to her room and was savagely typing out a paper for school. The attack she was waging on her keyboard echoed through the entire house. I decided to take my life into my own hands and go into her space. Upon entering I led with the most colossal question of all, “What is wrong with you?” The truth was nothing and everything all at the same time and she had no idea where to begin or why she couldn’t figure out which way was up. Sound familiar to your spiritual walk? It sure does to mine!

She’s taller than me so she immediately stood and jutted out her chin just enough to get what she thought was a little added authority. She began ranting about how she’s old enough for everything life has to offer and I’m holding her back and ALL of her friends can do all the things in the universe that only HER parents don’t understand and won’t allow. She’s capable of everything and I’m intent on destroying her by inflicting one heavy handed rule at a time. I must confess, it was a little hard not to laugh.

I sat down on the floor below her very intentional stature and I reached for her hands. She pulled back and she started to cry and then she loudly snorted her contempt and finally she threw herself down in front of me. I looked into her perfect, confused eyes and I said, “everything in life just feels wrong right now doesn’t it?” Her tears welled up and as she wiped her nose with her sleeve (we had to press pause and discuss how this is never OK. Kleenex are not optional). She gave me a slight nod. I said “Do you want to know how I know that?” again she nodded and I remaindered her that while she thinks I’m so archaic that I couldn’t possibly share in any of her life experiences, I have in fact walked life in her shoes. I’ve been where she is and I get it.

All of these things are what God does for us and most of the time we fight against them just like a teenager fights against their parent’s authority in an attempt to establish an independence we know they can’t survive. They’ll grow into things and be handed responsibility along the way but it comes with effort and time and wisdom. This too sounds so familiar to our spiritual walk with our heavenly Father.

I want things from him that I’m certain I can handle. I get so disappointed when he says no to me. I take it personally as if he doesn’t trust me enough to give me the things that I so desperately think I’m ready for. Other times I’m furious that he would heap upon me things I don’t feel at all prepared to carry.

Sometimes he reaches down and draws me up to eye level with him and other times he sits down with me where I’m at. All the time he’s shepherding my heart in the exact way that he knows I need because he’s been exactly where I am.

This is where the parallel ends. I have been where my daughter is because life just requires it. Jesus has been where I am because he chose to walk there. He didn’t have to take the paths we take, but he chose to so that he could know on the most intimate level what it means to be exactly WHAT we are and fully WHERE we are. He has left no stone unturned. He has felt all of the things that we feel without ever falling down. All of this for the purpose of offering us redemption clad in mercy.

I cannot get over, even in the worst of times, the inexplicable lengths our shepherd has gone to in order to be merciful to his wandering sheep. “This High Priest of ours understands our weakness, for he faced all of the same testing we do, yet he did not sin. So let us come boldly to the throne of our gracious God. There we will receive his mercy, and we will find grace to help us when we need it most” Hebrews 4:15-16. I think that perhaps there is nothing quite so beautiful in all the gospel than this right here. What a good and loving shepherd we have!

So who is this Lord? A merciful God that calls us to his throne covered in grace! An understanding shepherd who is no stranger to the pastures we roam.

“So when the simple – though sublime – statement is made by a man or woman that ‘The Lord is my Shepherd,’ it immediately implies a profound yet practical working relationship between a human being and his Maker. It links a lump of common clay to divine destiny – it means a mere mortal becomes a cherished object of divine diligence” W. Phillip Keller.

As I held my precious child, her tears ran on my cheek and I remember something that my dad said to me a long time ago when I wasn’t much older than she is now. He told me that his prayer for me was that God would be so near that he would taste the salt from my tears on his cheek. He is that near! He is that kind. He is that merciful. In the same way that I hold my child in her weakest most confused moments so tightly and so near that her tears run down my face, God’s presence is the same with each of his kids. It is an understanding that expects no less than trust and growth, but a merciful one that feels each tear that falls. 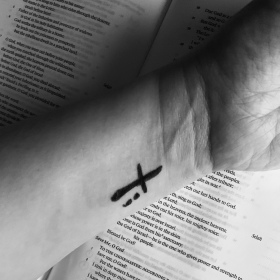 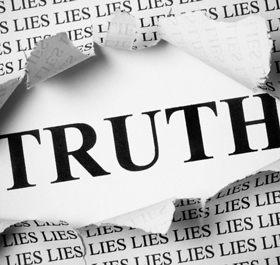 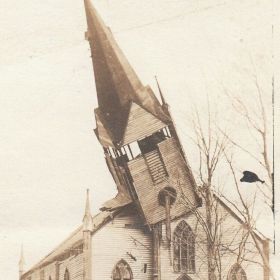